Two years ago as I made the exciting step from, ‘person who scribbles words onto a page’ to, ‘published author’ (basically the same thing except someone is willing to pay you to do it), my editor suggested that I have a go at social media.

As a woman who hadn’t updated her Facebook status since joining in 2003, I felt a flutter of panic when she handed me a document all about the best channels for authors to erm, channel.

And give it a go I did. After an exhausting morning setting up an author page on Facebook, I was spent.

I’m not sure if it was the fact that the exercise involved finding a decent photograph of my face (there are only three pictures of myself in existence that I actually like and I have used them all for author material) or writing something interesting about myself. It just felt like such a chore.

I am by nature self-deprecating (you will know this if you’ve read any of my other blog posts) and prone to outbursts of juvenile humour when faced with a) a compliment or b) the need to promote myself and my books.

But the days of people pottering in bookshops and finding my novels by joyful accident are long gone. I was an eBook author (I am now in print too) so online was the way to go.  You’ve got to sell it and sell it hard (sorry, just made myself giggle there) so I knew that I couldn’t stop with Facebook.

After a much-needed fish finger sandwich and a joyous half hour reading Nora Ephron, my sanity was restored. I was ready to face Twitter. Nora Ephron was behind me. She would have owned Twitter in her heyday. So would Jane Austen. And Dorothy Parker. I could do this. I resolved to be more positive and less like a grumpy teenager. Actually, it wasn’t too bad. I already had material from my Facebook page and there’s a reason Bill Gates invented ‘copy & paste.’ I’m not going to argue with Bill.

And Twitter is fun. There’s always something going on; an interesting article to read or an engaging person with whom to chat (plus the occasional weirdo chucked in for good measure). It has its own culture and etiquette and for the most part, people are kind and generous. If you are kind and generous in return, the rewards are there. It’s a souped-up version of real life; vibrant and alive and full of ideas (and weirdos).

But it can quickly become all-consuming. I’ve spent too much time reading something and nothing on social media, searching for goodness knows what when actually, I could have been offline reading (or indeed writing) a good book.

I’ve also read exchanges on Twitter and Facebook, where the conversation has become heated very quickly, where people deliberately seek to wind-up, annoy and ultimately hurt others. In some instances it’s plain trolling but in others, it’s normally rational people saying things they don’t mean as if they’ve taken leave of their senses. Frankly, it’s terrifying. This social media world isn’t for me. It’s too much. 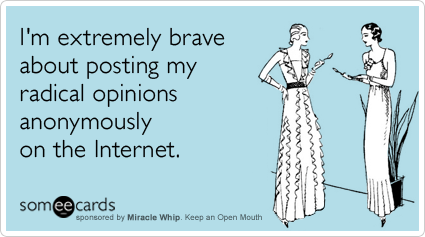 I often wonder why people don’t just walk away and press the ‘off’ button in these instances. This kind of social media seems like an increasingly harmful addiction.

People’s brains are continuously active but not actually doing and we’re rapidly forgetting how to just be. We seem to constantly need to interact but not in person. We seem to need to communicate but not with individuals. We want to talk to the whole world at once but what happens if the whole world starts shouting back at us?

Nothing is private, nothing is off the agenda; everything is revealed, discussed and dissected. It’s exhausting and often damaging.

This was part of the inspiration for my new book, Life or Something Like It. My main character, Cat Nightingale has an impressive career in PR, is single, childless and blissfully happy. Social media is the foundation to everything she does and she can’t recall a life before it. Everything changes when a PR launch goes disastrously wrong and Cat has to take an enforced career break. This coincides with her brother needing someone to look after his two children over the summer. Suddenly, Cat has to look at life beyond the iPhone and it changes her forever.

So for me, social media is a big (mostly fun) party. But I don’t always want to be at a party.

Sometimes I want to just be, with my family, with my friends or in my brain. I want to press the ‘off’ button and see what happens. I want to watch Britain’s Got Talent with my kids without having to comment on Amanda Holden’s hair or watch the new series of Modern Family with my husband without having to declare whether it’s better than the last. I want to stare out of the window and dream up an idea for my next book.

I love going to parties but I love staying at home too. It’s the best of both worlds; social media is always there but so is the ‘off’ button. You’ve just got to learn to press it sometimes.

24 thoughts on “My love/hate relationship with social media”