Towards the end of last year we moved house. It’s a lovely late 1920s
semi-detached house in a leafy corner of Kent. It has a big overgrown garden, cracks in the walls and what estate agents describe as ‘potential’, which is code for, ‘you basically need to re-build it.’ My husband and I lovingly refer to it as, ‘the money-pit.’ 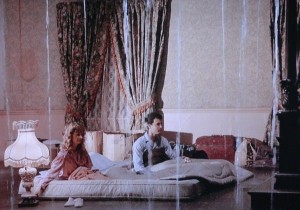 So, we knew when we moved in that it would be a bit of a project and that we were in it for the long-term. We winced as we shelled out a princely wage on new guttering, updated electrics and bought a gigantic curtain to close off the drafty conservatory over the winter. The staff at Ikea began to greet us by name and my husband sustained many injuries whilst trying to drive nails into the rock-solid walls.

We were sad to leave our old house (at least the children and I were) but we weren’t prepared for the fact that nearly all of our electrical goods would share in this grief. First, the tumble drier died, then the dishwasher packed up; the fridge started to leak, the kettle blew up and the coffee machine (and this really was bad because as you know if you’ve read anything about me, reader friends, I am basically 90 % caffeine) gave out a final rasping hiss before refusing to brew another cup. It was white goods Armageddon and by Christmas we were exhausted and poor.

Over the festive season, we took a much-needed break from DIY. We decked the halls and fa la la-ed our way through it all, buying a ridiculously large Christmas tree, which dominated our living room like a chubby aunt. It was a wonderful fortnight but during this time, one of the light bulbs in the bathroom went the same way as most of our other electrical items.

Now you may wonder at this. A light bulb, you say? ‘Tis but the work of moments to change a light bulb and you would be right. However, this particular light bulb was an integral part of the aged bathroom mirror, which we had inherited from the previous owners. It was also one of two light bulbs within said mirror and as the other one was still working, we gave ourselves permission to ignore it for a while.

As Christmas gave way to New Year and January thankfully buggered off and became February, I turned to my husband.

‘We really should change that light bulb in the bathroom. It’s been two months.’

‘Mhmm,’ he agreed through a mouthful of Saturday morning toast. ‘I’ll sort it this morning.’

An hour later, I was sorting washing. ‘Could you give me a hand please?’ came a voice from upstairs. I paired six more socks before joining him in the bathroom. He had lifted the mirror from the wall and was peering at its dust-covered back. ‘It’s very heavy,’ he observed. ‘Could you try and get the light bulb out?’

‘I might just clean off some of this dust first,’ I said, reaching for a bathroom wipe.

‘O-kay. It won’t take a sec.’ I gave it a cursory wipe, achieving very little. ‘There. And now for the lightbulb.’ I found what I guessed to be the fitting with a switch, which I slid towards me, expecting to simply lift it from the back. ‘It won’t move.’

My husband frowned. ‘Could you hold this while I have a go?’

I rolled my eyes at his apparent disbelief. ‘Fine,’ I said, taking hold of the mirror and grimacing under its weight. ‘But be quick. It’s very heavy.’

He moved towards the fitting and fiddled a bit. ‘You’re right,’ he agreed. ‘It won’t move.’

‘Can I have that in writing please?’

‘If only we could use your sarcasm to solve this problem,’ he replied. ‘Anyway, at least we know where it’s made,’ he added pointing to the label. ‘We can google it.’

It turned out to be a very expensive mirror from a very exclusive company and on telephoning them, a beautifully well-spoken lady told me that if I
e-mailed them a picture of the mirror, she would send me the instructions of how to change the light bulb. I did as I was told and received the document within minutes.

‘Right,’ I said to my husband, with some determination. ‘We have two degrees and an MA between us.’

‘Does that make us the Three Degrees?’ he quipped. 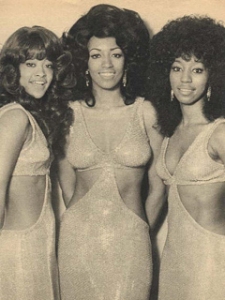 I gave him my best Paddington Bear stare. ‘We can do this,’ I declared.

We needed a full set of screwdrivers, a spanner, the muscles of Hercules and a lot of patience (which we don’t have) but half an hour later we had managed to remove the light fitting. The bulb remained trapped in a plastic prison. We couldn’t find a way to free it.

‘This is ridiculous,’ I declared. ‘I don’t even like that bloody mirror.’

My husband now had a face like thunder. ‘That’s it,’ he said. ‘There’s only one thing for it.’ He left the house shortly afterwards, roaring off in the car like a man possessed. He returned a while later looking refreshed and jubilant. ‘Ta da!’ he cried, holding up the fitting with a new light bulb in place.

‘I took it to the Electricals shop in town to a real professional,’ he admitted.

He practically skipped up to the bathroom. ‘And now we shall have light!’ he cried. I stood at the bottom of the stairs and waited. The children joined me looking worried. There was a pause. ‘Oh,’ he said.

I darted up the stairs. ‘What is it? Doesn’t it work?’ I asked, joining him in the bathroom. He pointed at the mirror. On the left a pool of cool white light shone and on the right, from the new lightbulb, a ray of sickly orange.

‘It’s a different colour,’ I said rather obviously.

We looked at each other for a moment as our children joined us.

He nodded his agreement. ‘Me too. Now how about mending that cupboard door in the spare room?’

I thought for a moment. ‘Tomorrow?’ I offered.

‘Tomorrow,’ he smiled, turning off the light.