It’s 9.25 pm on the night before World Book Day. My eyes are red and sore from tiredness and the occasional tear, my fingers are covered in paper-cuts and needle-pricks. I look down at my efforts and look back at the image on the iPad which I am trying to replicate. I give a little yelp of sorrow and frustration. Willy Wonka has never looked so wonky.

It happens every year. In fact it happens with every dressing-up day my children have to attend. They actually hand me the letters from school notifying me of another episode of my own special creative hell with the words, ‘Sorry Mum’, and a tiny part of my heart breaks.

Because of course in actual fact, I love World Book Day. I’m a writer for Pete’s sake and a very clever person created a day which celebrates my biggest passion. There is nothing better than turning up to the school playground on the morning of the big day and watching with dewy-eyed joy as Red Riding Hood, the Artful Dodger and a dozen Harry Potters skip by, all smiling in excited anticipation at what will be a brilliant day. 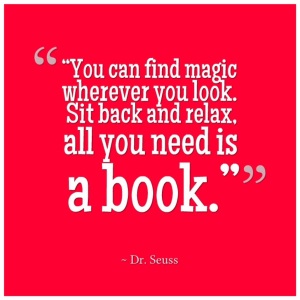 For my children, this is their favourite day in the school calendar. All their friends and teachers dress up, they get to choose the lessons in which they want to participate and they come home full of tales of the stories they shared, the poems they learnt and the fun they had. This is education as it should be; full of energy, inspiration and experiences that last a lifetime.

So yes, I feel like a curmudgeon of the highest order every time I am faced with one of these dress-up days but the truth is that when it comes to conjuring up costumes from nothing, I am useless. I have a blind spot where my visually creative imagination should be and I envy anyone who can rustle up a life-sized Aslan costume from an old pillowcase and some glitter.

And it’s not as if I haven’t tried. Heaven knows, I have given my all over the years. Despite a ‘woe is me’ sigh, I do face each challenge with new and ill-founded optimism. The conversation between my inadequate imagination and my brain goes something like this:

Imagination: How difficult can it be to make a Willy Wonka costume?

Brain (after 4 seconds thought): Well beyond your skills, you fool. Just buy something from ebay.

Imagination: I could try the charity shops. They might have top hat or a waistcoat or something.

Brain: Yeah. Good luck with that.

Imagination (after driving to town and trailing around 5 charity shops): I’m going to buy this purple ladies’ top, cut it, add some gold braiding and make a Willy Wonka badge.

Brain: This will end in tears. Have you considered re-donating it to charity and going on ebay?

Imagination (after realising the top has been cut in the wrong place and running out of ribbon so that the ‘costume’ is both in tatters and unfinished): Is it too late to go on ebay?

Brain: Yep, but it’s not too late to put out a World Book Day distress call to everyone you know.

By the time my son gets up the next morning, eager to view the creation his mother has fashioned for him, I have a complete Harry Potter costume ready and waiting. He looks a little disappointed but brightens when I show him the glasses and wand my wonderful friend has lent me and cheers up as I promise to draw an eye-liner scar on his forehead (literally the limit of my creative powers).

He is full of smiles when I collect him from school later that afternoon.

‘Best day ever,’ he declares.

I nod and smile.

This year’s World Book Day mission is complete. I breathe a heavy sigh of relief.

Next year though, I’m going to nail it. Next year, I’ll start the preparations earlier, go on a sewing course, learn to make papier mache and above all, keep my friends on speed dial.