‘So how old is your sister?’

I am momentarily confused by the question. ‘I don’t have a sister.’

‘You don’t have a sister? But two of your books have sisters as the main characters.’

O-oh. Rumbled. Authors are supposed to write about what they know and I clearly do not know what it’s like to have a sister. ‘I have a brother though,’ I plead feebly but as I consider my six-foot-two sibling with his size fourteen feet, I realise that this will not cut the mustard.

My questioner fixes me with a suspicious frown.  I’m for it now. I close my eyes ready to be lambasted. ‘You write as if you do have a sister,’ she says almost accusingly.

I am relieved but it does make me wonder. Almost unwittingly, I have put sister relationships at the very centre of both my novels. Why would I do this? Why didn’t I write about a small girl with a brother, older by nine years who protected, annoyed and entertained her in equal measure during their late seventies-early eighties childhood (actually, hand me my notebook. I might use that one day).

I think there are several reasons for my choice of subject. Firstly, as we have ascertained I don’t have a sister and therefore would really rather like one because you always want what you can’t have, don’t you? A lot of my friends who actually have sisters would say exactly the opposite and happily trade their sibling for a plate of chips. The truth is that it’s fun for a writer to imagine what they don’t have, to stretch their mind a little and pose that salient question, ‘what if?’

The four sisters that I created for my first two novels are all very different but they’re all the kind of women I would happily spend an evening in the pub with (my litmus test for any lasting friendship).

The Darcy sisters from Not Quite Perfect would be a hoot. In fact, they do spend the evening in a version of my local pub with spectacularly messy results. There is a clear dynamic in Emma and Rachel’s relationship and this is never more apparent than during the scenes where their parents are present. It is a truth universally acknowledged that as soon as you are back with your family, often in the place where you grew up, you resort to type and not always in a good way. When they’re with their parents, Rachel and Emma forget that they are a mother of three and a successful editor respectively. They bicker, tease and ridicule one another like a couple of seven-year-olds. I can’t tell you how much fun it was to write.

However, when their respective worlds collapse, they offer each other support but not in a sentimental, gushing way. It is the straight-talking, uncomplicated language of siblings. The truth will be aired in all its gory glory. Deal with it. But at the root of all this truth-telling is love. It’s the sentiment that, ‘you need to hear this because no-one else is going to tell it to you straight. I’m doing it for your own good.’

So it is with Bea and Lizzie Harris in my second novel, The Secrets Between Sisters. Bea has that similar vein of wit and character as Rachel but her straight-talking has a more defined purpose. Her sister, Lizzie has been estranged from her family and normal life for a long time. Bea is her only real friend and lifeline and when she dies, Lizzie is devastated and unsure how she will cope. Bea leaves her twelve letters to be read one a month over the following year. They contain her final wishes for her sister which she hopes will bring her lasting happiness. They also take Lizzie on a journey revealing long-concealed secrets that will change her life forever.

These letters represent the ultimate gesture of sisterly love. They are Bea’s way of caring for Lizzie after her death and contain insights that only a sister would know. Bea understands Lizzie completely and also knows that her sister will do whatever she asks of her. She also knows that her words will be even more compelling once she is gone. Lizzie is not only forced to face her beloved sister’s death but also deal with the wishes and the conflicts they bring without Bea’s guidance.  It is tough love delivered as only a sister can.

I didn’t want the letters to be depressing though. As with Rachel and Emma, there is wit and warmth at the core of the sisters’ relationship. Although the loss of Bea is devastating, the humour contained in some of her letters and the way she recounts their memories and gently teases her sister, offer a nudging comfort and prevent Lizzie from getting stuck in a grief-flooded rut.

So as you can see, sisters have proved a great source of inspiration to me and I hope I have done them justice. I loved writing these characters. I am fascinated by families and their messy, funny, infuriating dynamics and I think sisters encapsulate the very essence of these dynamics. No-one tells you the truth more candidly, more accurately and more bluntly than a sister but then no-one loves you more than a sister either. You can point out their faults but will not tolerate it if someone criticises them in return. It is a unique relationship and endlessly fascinating.

As to whether I would like a sister? Possibly, but right now I’ll settle for my big brother and his size fourteen feet. At least I don’t have to worry about him borrowing my shoes. 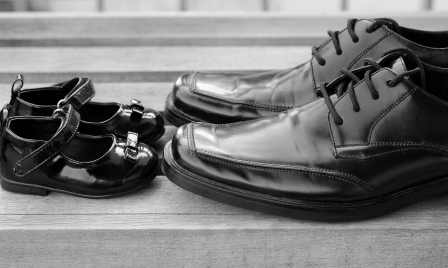